We arrived at Road America in Wisconsin today to get our racecar inspected in preparation for the race weekend. Chump Car is hosting a twin 7 hour enduro race for Saturday and Sunday. Things went well and we saw lots of friendly faces in the line for technical/safety inspection. Aside from having to deal with some chilly weather it was a great introduction to a beautiful facility at Road America.

The real treat was seeing a McLaren MP4-12C in the pit area. One friend of another team here picked it up earlier today and drove it to the track. It seemed fitting for a racetrack to be the first destination for a car with that heritage.

Here’s a quick walk around video I did of this rolling masterpiece.

Following the successful North American debut of the McLaren MP4-12C at Pebble Beach Concours d’Elegance, McLaren Automotive will begin a launch tour of its selected North America dealership locations. Prospective customers will have the opportunity to see the 12C in the metal and speak to the team responsible for groundbreaking newcomer.

McLaren Automotive subsequently moved on to Beverly Hills and presented the 12C to prospective customers at its future McLaren Beverly Hills location on Wilshire Boulevard. On Thursday evening the dealership hosted a cocktail reception for approximately 300 guests followed by private viewings of the vehicle throughout the day on Friday and Saturday. Guests were able to get close to the 12C and the positive feedback from sports car owners in California can be seen in a short

On September 1st and 2nd the MP4-12C will be presented by Pfaff Automotive Partner, McLaren’s retail partner in Toronto, Ontario. Thereafter, a team of McLaren Automotive experts will visit the following new members of the McLaren family with the 12C:

These dealerships will be eight of the initial ten launch retailers for the North American market. Two locations, Newport Beach in Orange County, and Philadelphia remain open but will be appointed in the coming weeks.

Tony Joseph, McLaren Automotive’s Regional Director for North America said: “Each retailer on this tour will be registering customer interest in the 12C and it’s clear from the feedback at the McLaren Beverly Hills event that our prospects in North America really understand our brand and are looking forward to the launch of McLaren Automotive.”

“We look forward to delivering a great range of unique, innovative sports cars to customers in North America, with a network of McLaren Automotive retailers committed to delivering an ownership experience every bit as good and revolutionary as the 12C itself.”

McLaren is set to produce their new supercar, the MP4-12C, which as expected is quite the endeavor. They are creating a new factory to produce this new model and factories aren’t cheap. In order to secure the funds necessary to build that factory, the McLaren Group has taken out a loan for 40 million pounds to fund this new Ferrari killer. This will be the first time since 2005 that the company has carried debt larger than 1 million pounds.

Continue reading for the price details and how long it will take McLaren to repay the loan.

END_OF_DOCUMENT_TOKEN_TO_BE_REPLACED

Here’s how a supercar forms in a factory, that could double as a surgery theater, and finds it’s way into the hands of F1 drivers for a round around Goodwood racetrack.

The McLaren MP4-12C sounds like an engineer’s fever dream. The twin-turbocharged 3.8-liter aluminum V8 engine, designed by McLaren, produces 600 horsepower and 442 pound feet of torque which should put your local tire supplier’s grandchildren through college. That monster is bolted to a seven-speed paddle-shifted gearbox. McLaren then crams that potent combination into a carbon-fiber monocoque that weighs just 176 pounds; the completed car will weigh as little as 2,866 pounds depending upon trim level.

I would say those numbers all add up to an insanely fun ride and I think Jensen Button and Lewis Hamilton both agree with me. 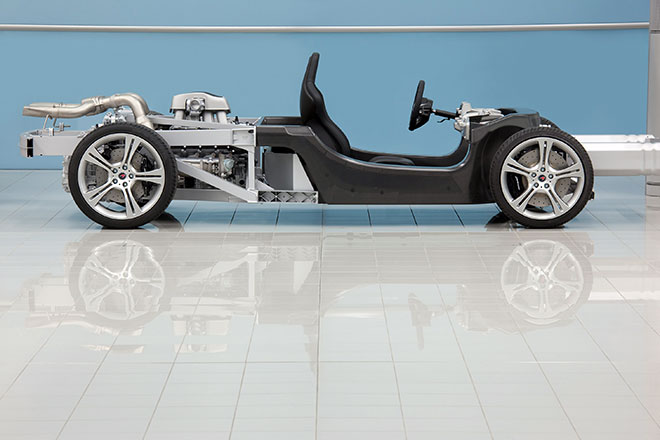 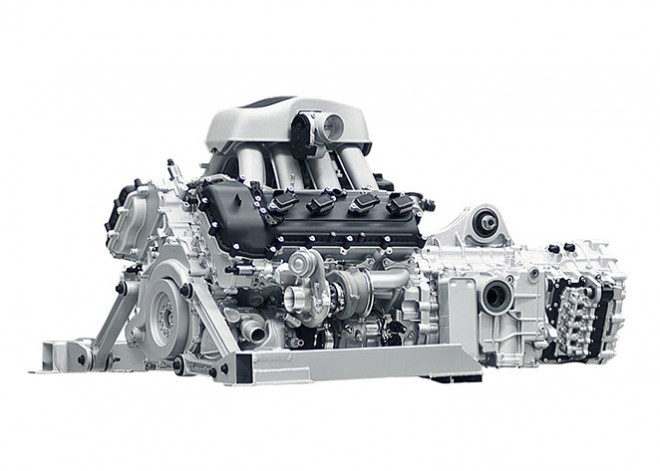 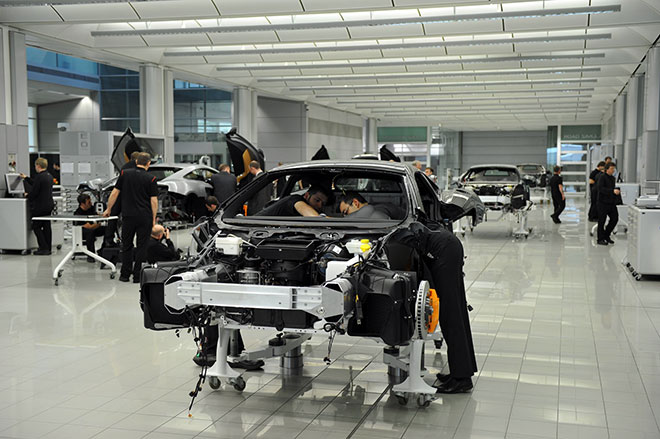 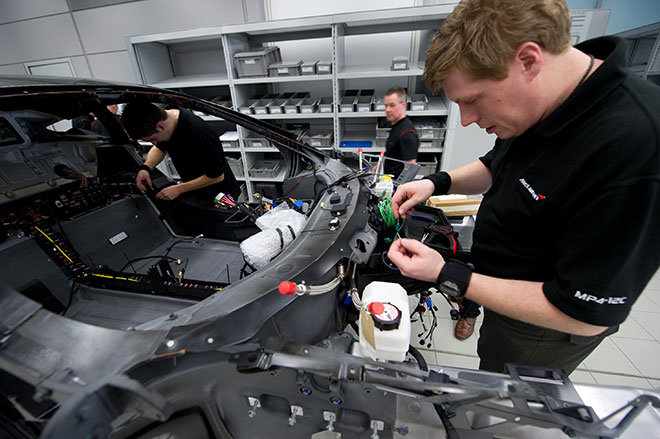 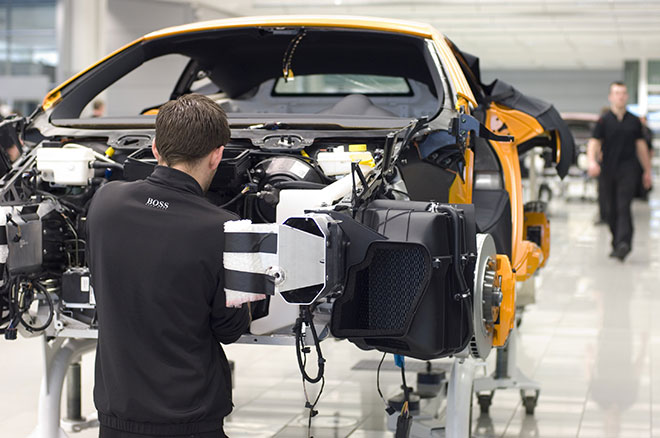 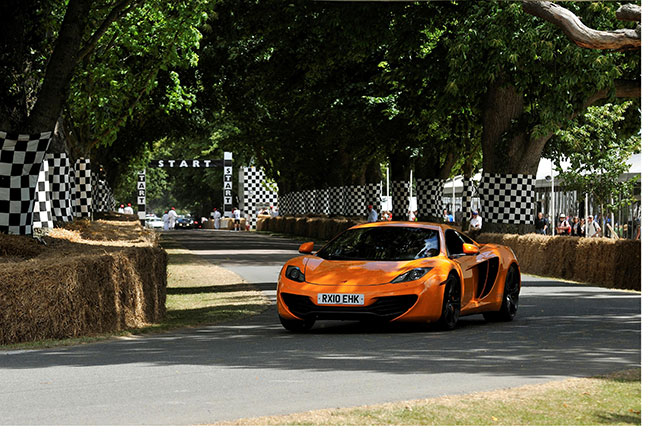 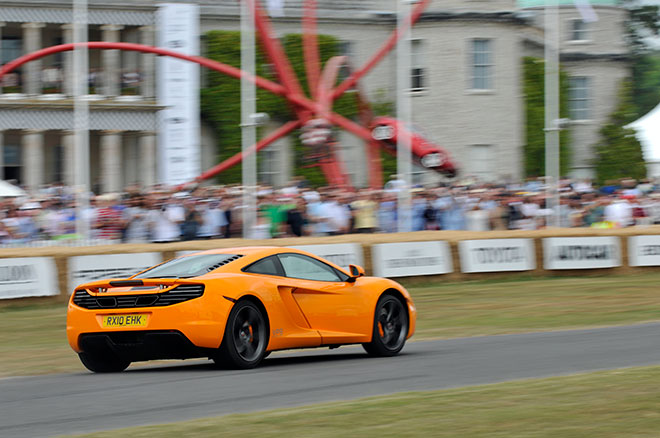 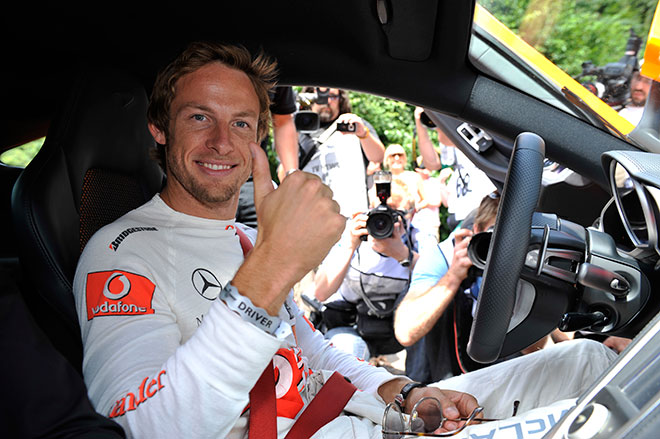 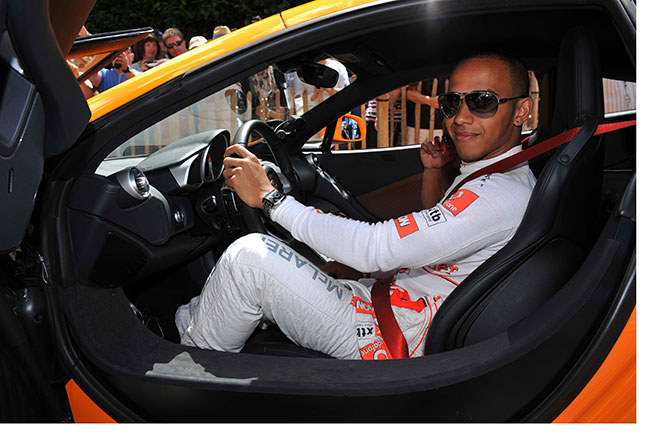 Worthplaying.com is reporting on a new car pack available today on Xbox LIVE Marketplace. It features some cars that I think Missed Shift readers would like to be able to play:

Forza Motorsport 3 unites the racing game genre, making it possible for everyone to experience the thrill of the world’s most exotic and exquisite cars. Live the most realistic racing experience ever as you take the wheel of more than 400 of the most-beloved cars on over 100 renowned real-world tracks and exotic road courses from around the globe. With breathtaking high-definition graphics and the most advanced vehicle performance modeling in a video game, Forza Motorsport 3 includes a host of driving assists and adjustable skill levels to make the game a gripping pick-up-and-play experience for audiences of all ages and skill levels.

The Forza Motorsport 3 World Class Car Pack, available for download starting today on Xbox LIVE Marketplace, features some of the most stunning 2010 and 2011 production and performance models in the world. Available for 400 Microsoft Points, the pack offers some of the hottest new cars from leading manufacturers like McLaren, Acura, Mercedes, Cadillac, Fiat, Mitsubishi, and more.

This month’s car pack puts you behind the wheel of some of the world’s newest and most sought after vehicles. From the elite McLaren MP4-12C supercar and the luxurious power of the 2010 Mercedes-Benz CL 65 AMG, to the tuner-friendly 2010 Acura TSX V6 and the agile 2011 Citroën DS3, the World Class Car Pack will ensure your Forza Motorsport 3 garage is fully stocked and ready to take the competition by storm during the summer racing season.

The World Class Car Pack features 10 new cars that are ready to hit the track or tuning garage:

After launching the iconic McLaren F1 in the early 1990s, the 2011 McLaren MP4-12C is the culmination of over a decade of Formula 1 and street car development. Built upon a super light Carbon MonoCell structure with a mid-mounted twin-turbocharged 600hp V8 engine, this latest supercar from McLaren is a must-drive in Forza Motorsport 3. Sample the World Class Car Pack now and download a free 2010 Mitsubishi Colt Ralliart, the hot hatch tuned by the legendary Mitsubishi Motorsports division.